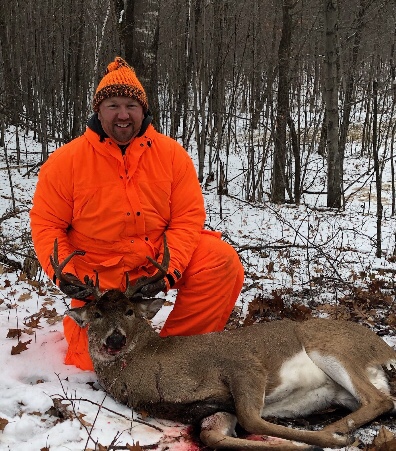 A brief recap of opening morning. We’ve seen 15 deer. The one pictured above is the only one that possessed antlers. He tried to creep past us to the north at about 8:40 AM. I’ll tell the full story another time, but I’m happy with this guy. A big bodied 8-pointer that would’ve been a 10 but has two busted tines. You can tell looking at his rack that he was a fighter. I was thrilled to have Tyson along for this one. He just happened to show up on my side of the stand. Now we get one for Ty.

A few other notes:

That’s it for now. Time to get Tyson on the BBD list.