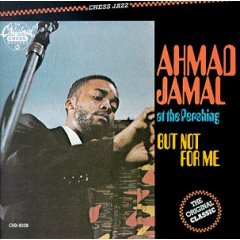 I originally posted this on the site a few months ago, but I did some house cleaning on the blog and had to re-post it.  Please excuse any dated references.

My buddy Tyson texted me the other day and we were going back and forth about our favorite TV shows.  I talked about how my favorite show on TV right now is Atlanta.  That immediately led me to think of my favorite episode of that show titled “Teddy Perkins”.  Teddy Perkins was a fictional character in this episode played by Donald Glover.  Teddy and his brother, Benny Hope, were pianists who had achieved at least some level of fame.  They had also been physically and mentally abused by their father, who forced them to learn how to play piano much the same way Joe Jackson taught his children to perform.

My favorite character from Atlanta is Darius, a lovable, even-keeled stoner/philosopher who seems to spend the majority of his time searching for unique life experiences.  If he’s not helping Earn trade his cell phone for half of the profits on a litter of puppies he’s at the shooting range sharpening his skills on a dog-shaped target.  In this episode, Darius shows up at Teddy’s mansion with a U-Haul to pick up a piano he discovered by chance on a message board.

I won’t dive any deeper in to the plot of the show.  If you haven’t seen it, watch it.  It’s mind-blowing, and the best episode of any TV show in recent memory.  You don’t need to know Atlanta to enjoy it.  It stands alone.  Lakeith Stanfield and Donald Glover are brilliant.  At one point early in this episode Darius discovers several pictures of Benny Hope with more well-known musicians.  In order they mention Keith Jarrett, Stevie Wonder, Al Jarreau, and Ahmad Jamal.  I knew Keith Jarrett, Al Jarreau, and of course, Stevie Wonder.  I had never heard of Ahmad Jamal.  Who is Ahmad Jamal?  I’ve been listening to jazz for 25 years, but not once have I heard Ahmad Jamal as far as I know.

Not too many years ago the chances of me walking in to an old music store and finding anything by Ahmad Jamal would’ve been slim.  Even more recently when I bought music on iTunes, how would I decide which album should earn my hard-earned $10?  With Apple Music I just type the name Ahmad Jamal in to the search bar and I have dozens of his songs at my disposal.  I can hear his name on a TV show and be listening to his music within seconds.  Technology!

I don’t have a lot of jazz that features piano.  The names on my list are all names you’ve probably heard: Monk, Herbie, McCoy Tyner, Horace Silver.  That’s about the extent of my jazz piano collection.  When I searched the name Ahmad Jamal the album that jumped out was Ahmad Jamal at the Pershing: But Not Me.  This album is just a trio with Ahmad Jamal on keys along with a drummer and a bassist (Vernel Fournier and Israel Crosby, respectively).  No horns, no guitar, no vibes.  When I pressed play I immediately noticed something different about his style that jumped out of the speakers. He played with a style that sounded like butterfly wings lightly tapping and bouncing off of the keys.  I also enjoy his occasional moments when he breaks away from everything his rhythm section is playing and just drifts off to his own time signature.  He gets experimental for brief moments, then shows up back with the rest of the band right on time like he never left.

After listening to the first several tracks on the album, including a smoking rendition of “Surrey With the Fringe on Top” (?!?!!?) the 8-minute masterpiece “Poinciana” kicked in and knocked me off my feet.  On this track, the music frequently transitions back and forth between the light style from earlier in the album and a smoother approach.  One second you’re being hypnotized by beautiful major chords.  The next you’re tapping your foot and bobbing your head.  What’s interesting is that the drum beat changes very little throughout the eight minutes, if at all.  Jamal’s piano takes you back and forth while the same beat drives underneath it.  Also, I have to give respect to Fournier for his ride cymbal work in this song.  I am a sucker for a good ride cymbal.

I think about things like Donald Glover and the writing team from Atlanta having a conversation about Benny Hope’s contemporaries.  They could’ve just listed three or four household names alongside Stevie Wonder and it would’ve flown right by.  Instead, someone in that writer’s room made the decision to add names like Keith Jarrett and Ahmad Jamal to the list.  Maybe they didn’t think about those names for more than 10 seconds.  If I was in that writer’s room, coming up with that list of four names would’ve turned in to a half-day debate about Benny Hope’s inner circle.  I would’ve been tinkering with that list until the last possible second.

I was watching a TV show that I thought was about a rapper and his manager in Atlanta.  It turned in to a tragic story about how some of the most beautiful art comes from great personal pain.  Within that story I discovered a gem.  Now I’m down a rabbit hole with a 60-year-old Ahmad Jamal album that I never knew existed.  Life is weird.  Music is the best.

One thought on “ICYMI: Poinciana”